It was a jam-packed weekend when it comes to gran fondos. We list the most important results. 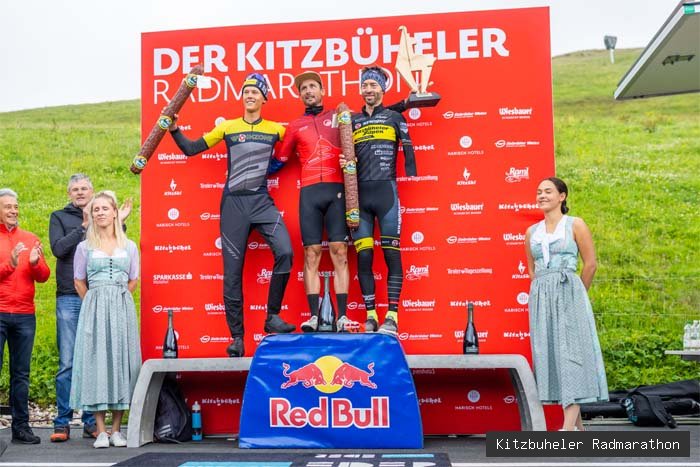 In the men's race, it was Johnny Hoogerland (NL) who won in a new course record. About 2 minutes later, Paul Verbnjak (AUT) crossed the finish line in 2nd place. The podium was completed by Patrick Hagenaars (AUT).

In the ladies' race, there was an all-Austrian podium. Monica Fritz won, ahead of Christina Sautner and Sabrina Exenberger.

The first 3.5 hours of this beastly gran fondo were plagued by rain, which made the battle even more epic. On behalf of CycloWorld, Herman Nekkers and Marcel van Herten were at the start. Their report will follow later.

Belgian success at the GFNY Grand Ballon. This new gran fondo was won by our own guest reporter Michiel Minnaert (BE). Luxembourgian elite rider Larry Valvasori came in 2nd.

All results here (note, the official results are not live yet) Who else took the flowers in the women's race but the brand new Martona winner Martha Maltha (NL)? It wasn't easy, she said.

"A very different kind of gran fondo than I'm used to with only one longer climb and two shorter ones. Besides that, it's mostly hills, so there's a lot more interval work than I normally do. From the start it went full throttle, in terms of physical effort it was not hard, but in terms of mental effort it takes energy to arrive at the first climb without injuries. Fortunately, after that it was a little less nervous riding and I was able to finish these two weeks in Italy in a great way."

In the men's category it was an Italian podium, as often happens at Italian gran fondos. Pietro Dutto won, ahead of multi-winner Tommaso Ellectrico, who finished 2nd in the Maratona just last week. Manuel Senni came in 3rd. He was originally 8th in the Maratona, but was removed from the results because he was a pro recently.