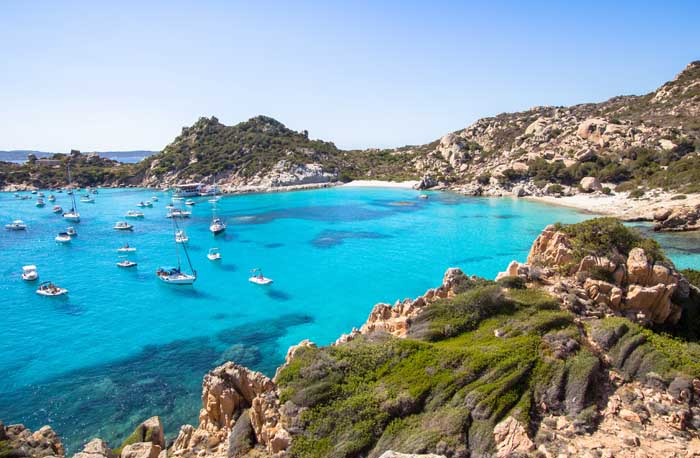 A perfect alternative to the usual cycling destinations

As part of our Giro Sardegna give away, CycloWorld has been devoting a lot of attention to this Italian island for a week now. Michiel van Lonkhuyzen (the man behind Cyclingcols and also a CycloWorld reader) stayed on the island the past few weeks. We asked him about his experiences.

"Eight years ago I was also in Sardinia. Yet this trip was completely different. Back then it was May, the island was green and the weather was moderate. Now it was quite dry and beautiful weather. I had to get used to the heat for a days, but then it was bearable.

The trip was really beautiful. Many people say you can easily compare the island with Mallorca, although it is a lot bigger. Also, in Sardinia it is much quieter and there is much less of a cycling culture."

What can you say about the terrain and the climbs?

"It's a typical middle mountain range. It's generally a bit higher than Mallorca. You could compare it to the Vosges or the Black Forest, for example. The highest pass is the Bruncu Spina, at 1557 meters. Otherwise, it is quite varied. You will find gradual, longer climbs but also steep, short climbs.

There are already quite a few climbs on Cyclingcols, but with the help of Strava I've discovered some hidden gems again, which can be found on my site in a while."

How busy was it on the island?

"In the beginning it was still very quiet, which had to do with the corona situation. After that, in the tourist spots it was just pleasantly crowded. Outside of that usually not at all. In the interior you will encounter villages, but keep in mind that the stores here have a long lunch break. Something to take into account if you need water."

How is the road surface?

"Generally quite good, especially by Italian standards. A lot better than Sicily. I even came across freshly paved roads."

You've seen quite a bit of Sardinia. Which part did you like best?

"Actually everything is beautiful. In the eastern part there are a bit more mountains. On the west coast you have Catalan influences, which is very special. Of course you go to Sardinia especially for the coast. The coastal road from Alghero to Bosa is very popular and very beautiful. You can also go up from that road and then you have spectacular views of the azure sea. Fantastic."

How are the people?

"Friendly, really a difference with the mainland. There I sometimes find them more distant. Here the people were quite open. I think that's because Sardinia is very tourist-oriented."

The food is of course always good.

"That's standard in Italy. It was also quite affordable, especially if you avoid the touristy places. In the interior you can get an espresso for 1 euro. The price level wasn't too bad, outside of the terraces in the inner city or Alghero it's just very affordable. By the way, I would definitely visit Alghero!"

In conclusion, Michiel has some advice for our readers: "Sardinia is a perfect alternative to the well-known cycling destinations. I would recommend it to everyone."