The Giro della Sicilia was only in its fourth edition this year. The first two editions took place in the north, near Cefalù and the next two in the south, near Noto. The adventure started in May 2018 when Guido Grassi transferred the concept of the Giro delle Dolomiti to Sicily. An important feature is that all stages start from one location, which makes the logistics very practical.

In addition, the concept guarantees a friendly and sociable atmosphere where riding together and competition go hand in hand. Each stage is driven in groups at a good pace, under car and motorcycle guidance, except for the timed sections where everyone rides on his own on a closed course. The riders will be ranked on the basis of these sections: a general classification and a classification by age category. This year the Giro started in Lido de Noto, the coastal village of Unesco World Heritage City of Noto. This meant that we left from sea level every day and were soon climbing inland. There were no famous cols on the program but each stage was still about 1000 to 2000 meters of climbing. An excellent week of cycling at the beginning of the cycling season! Photo: a feed station in Italian: everyone gets to order an espresso in a bar.

The five stages this year were named after the villages we cycled to: Buscemi, Palazollo Acreide, Ispica, Pantalica, and Ortigia (the peninsula next to Siracusa). Sound names and beautiful towns. The purpose of this Giro is to let the participants discover beautiful corners of Sicily in a sporty way. And the timed sections were quite tough with climbs of 7-8 km at 5% average, or short steep climbs of which the ones to Ispica and Pantalica with their short succession of hairpin turns will stay in my memory for a long time (it looked like the Lacets de Montvernier in France). There was also an individual time trial along the sea.

The enthusiasm of the locals was enormous. We were welcomed as heroes; as if we were the pros of the Giro d'Italia. And in each stage we stopped several times in a village where we were welcomed by the local shopkeepers who spoiled us with hearty supplies ranging from almond cookies and cannoli to pizza and arancino. These were the most original and tasty supplies I have ever experienced. Photo: the climb to Ispica.

A taste of il Giro

This year the icing on the cake was that the Giro d'Italia started on the third day in the neighboring town of Avola, known for its dark red wine Nero di Avola. So that day (Tuesday 10 May) was our rest day so we could quietly attend the team presentation and start in Avola. Some of us also went to Etna afterwards to watch the climb on Etna or the finish.

For those who like good cycling, travel, discovery, competition and good food. The date for the fifth edition in 2023 is already set: from May 28 to June 3 (and again 6 stages). 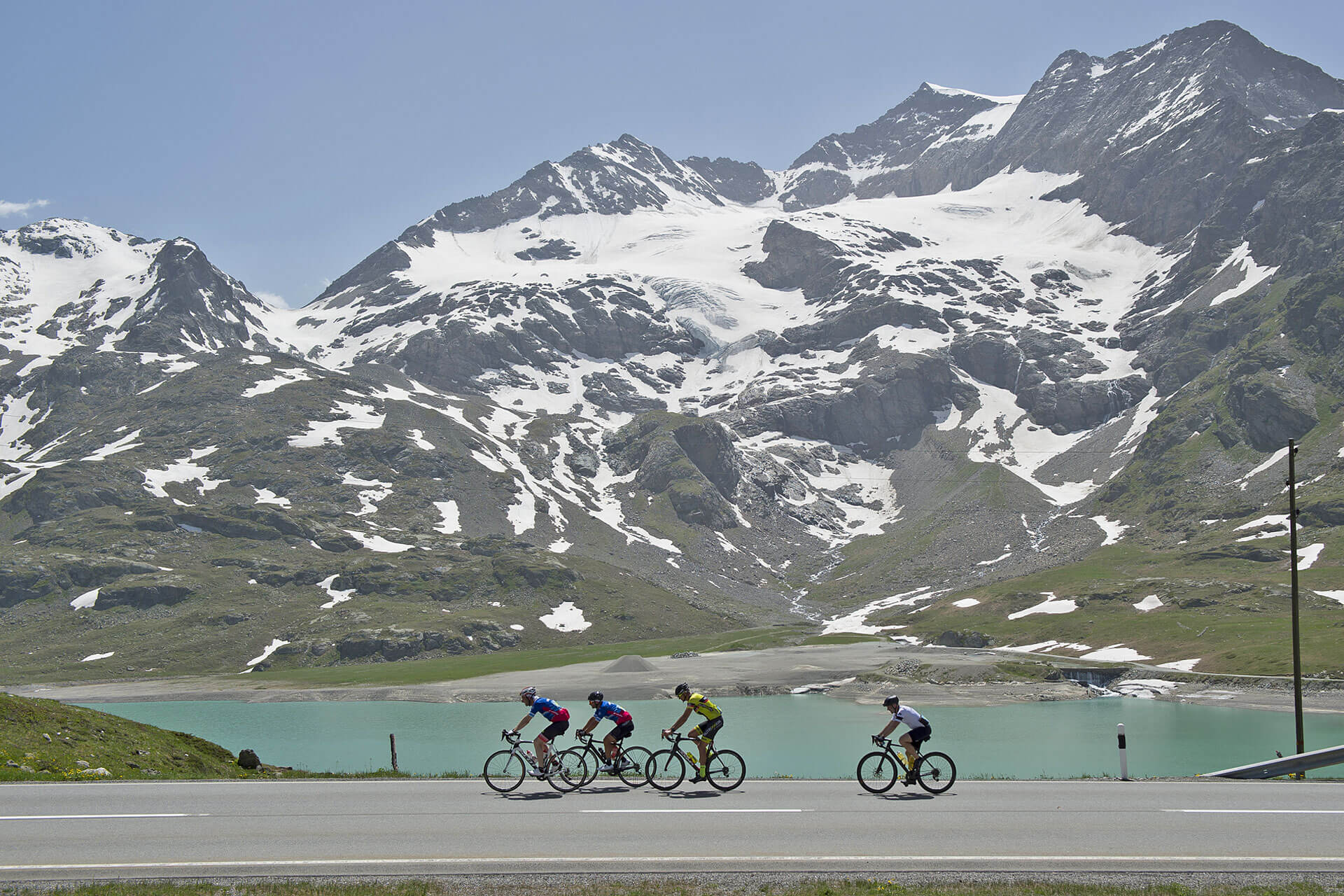 Follow Team CycloWorld in TOUR Transalp, the best stage race of the year