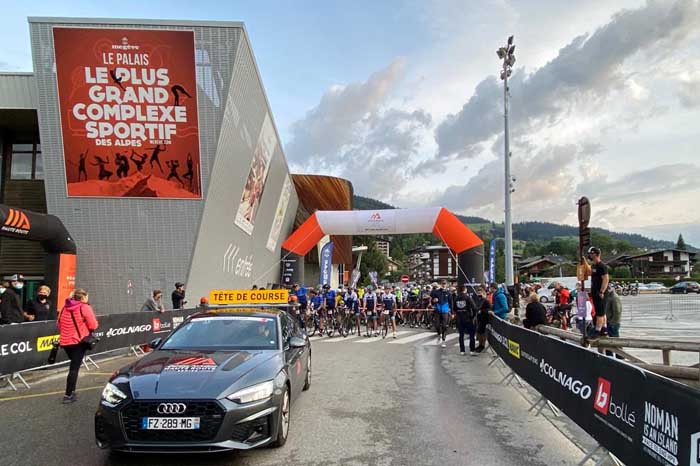 Last week the 10th edition of the Haute Route Alps took place. The idea of a week-long 7-day stage race originated in 2010 and the first edition was held in 2011. Jean-Marie Henckaerts of CycloWorld was there in this year's Haute Route Alps.

The concept of the Haute Route is to give every amateur the opportunity to have a week long experience like a pro in the pro peloton. This means that your whole day during the Haute Route week is dedicated to the race, from getting up to going to bed. It is a physical, but above all mental ordeal. Of the 420 participants at the start, 368 classified arrived in Nice.

This translated into several elements, including

View from the top of the Bonette

Longest and toughest edition ever

The organizers wanted to highlight this anniversary edition by drawing out an extra difficult route. This meant that 800 km had to be covered between Mégève and Nice, conquering no less than 21,000m+. Thus, the third stage became a monster stage of no less than 182 km and 4700m+, comparable to La Marmotte. In addition, every other stage included at least 3000m+. Stages 6 and 7, for example, were still a whopping 140 and 148 km long and 3650 and 3200m+. The arrival in Nice after stage 7 was therefore a personal victory for each participant. 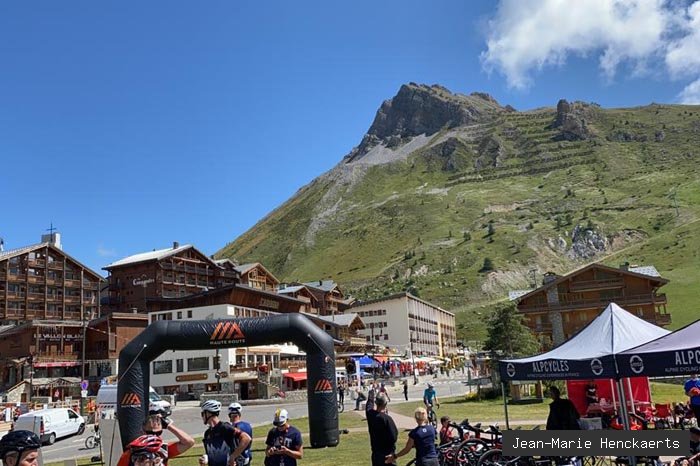 Only the time trial was a kind of rest day with "only" 15.5 km and 1150m+, from Bourg d'Oisans to Alpe d'Huez, the all-too-familiar 21 switchbacks. The best known cols were in the stage schedule, including the Aravis, Colombière, Saisies, Cormet de Roselend, Iseran, Télégraphe, Galibier, Lautaret, Vars, and the Bonette. Below, the Iseran, Galibier, and Bonette literally stand out because of their altitude, well above 2000m. And the Roselend remains mighty beautiful along both sides with its azure lake close to the summit. For me, the best discoveries were two lesser known cols, namely the Col du Granon and Couillole. These cols are on roads with virtually no traffic and the descent of the Couillole through the Gorges du Cians was nothing short of spectacular. For safety reasons, most of the descents, or the most dangerous parts of them, were neutralized. 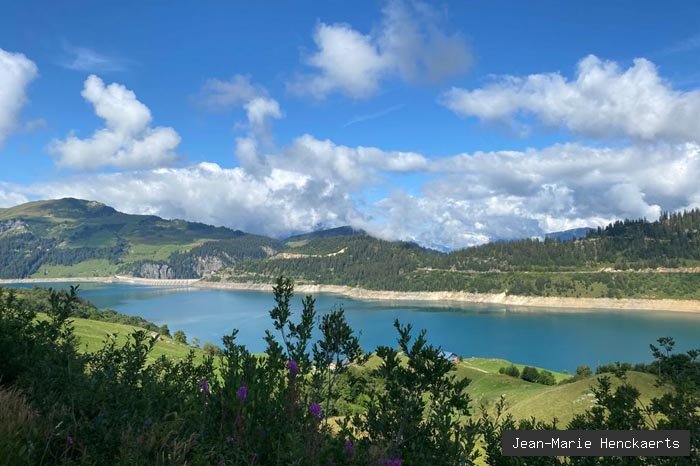 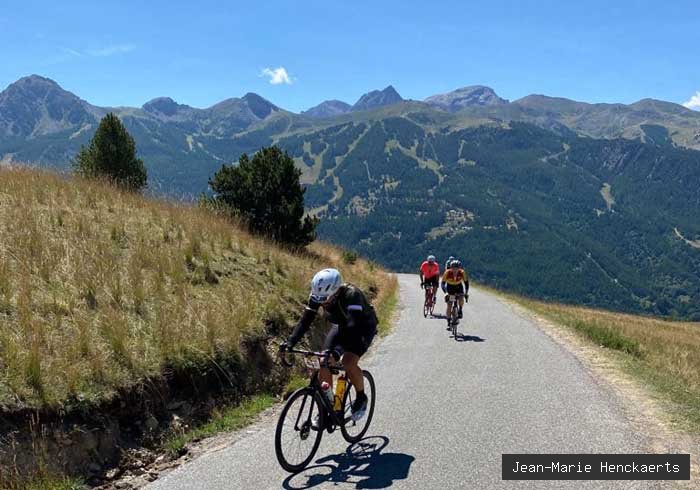 Suffering on the Col du Granon

In the women's race, victory went to Luise Valentin of Denmark (25h26'22''), ahead of Lisa Bowyer of Great Britain and Linda Farczadi of Switzerland. The red lantern was just 18-year-old Ailsa Cameron of Great Britain (39h55'40''). All received a prize.

In the men's race, Antonio "Pipo" Garnero of Brazil (20h50'21'') won, ahead of Loïc Ruffaut of France and Daniel Lincoln of the US. The red lantern went to Ronny Hägg from Sweden (42h07'07''). I finished satisfied somewhere in the middle and was happy to finish this long stage race week safe and sound and to be able to tick off a whole bunch of cols.

For those who find a seven-day race too long or too difficult, the Haute Route organization offers 5-day stage races in the Pyrenees and Dolomites, and a number of 3-day races around Mont Ventoux, Crans-Montana and Florianopolis (Brazil). 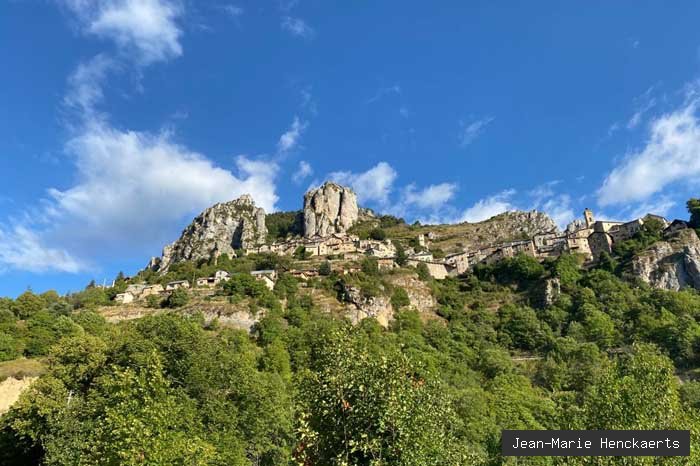 Roubion, village perché on the road to the Col de la Couillole 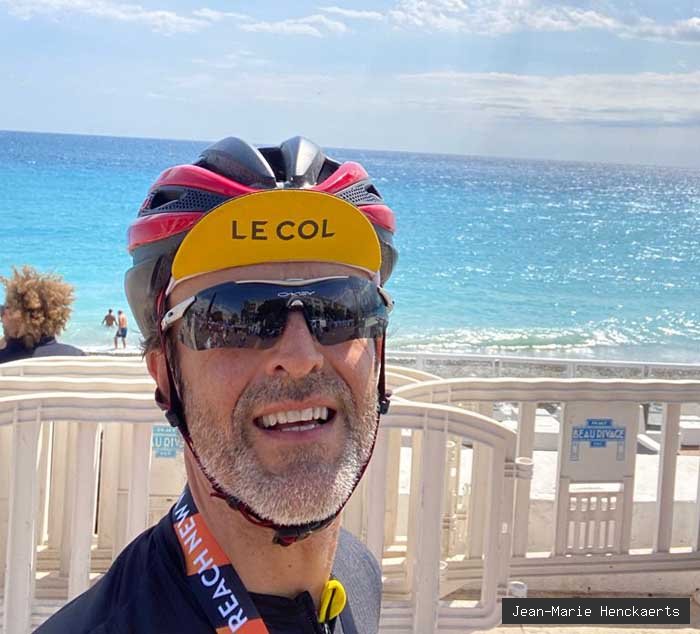 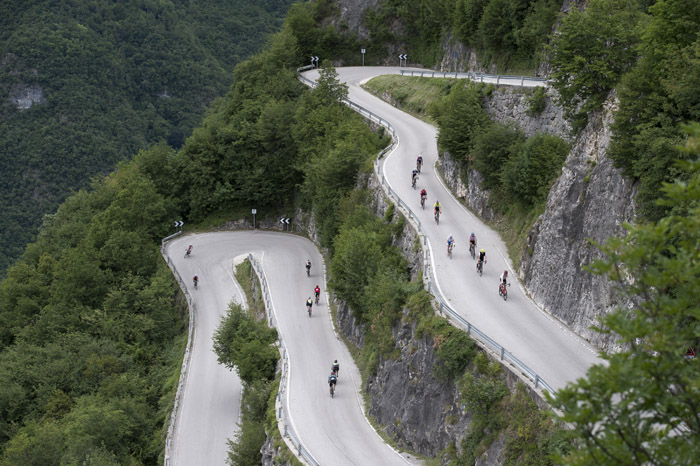 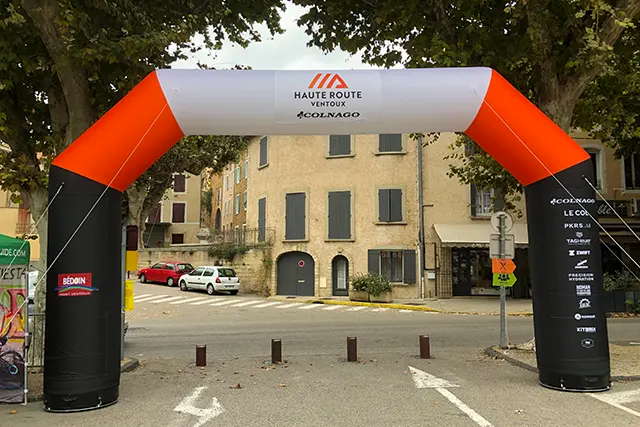 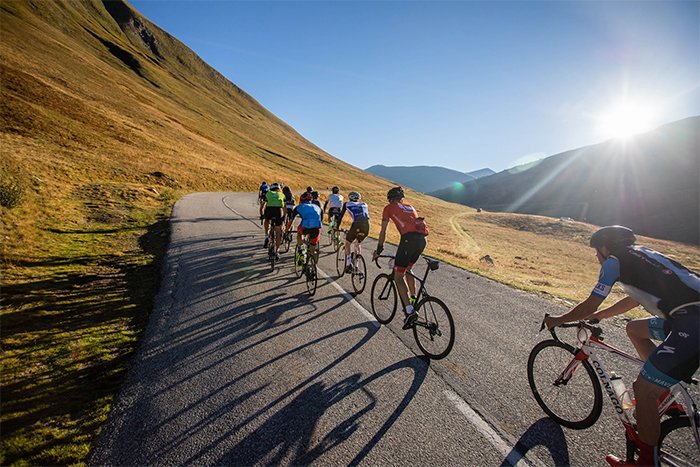