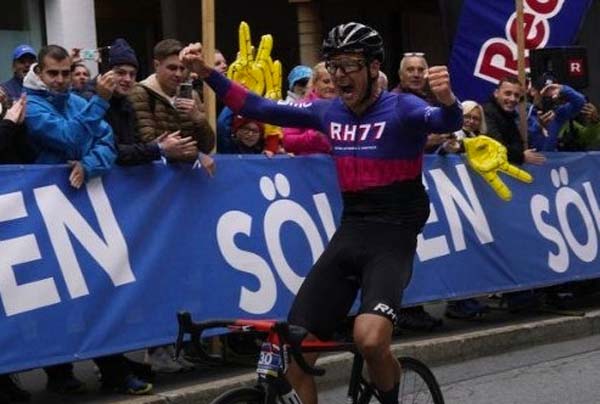 Hoogerland and Rausch winners of the 40th Ötztaler

It was not easy for the organizers of the Ötztaler Radmarathon this year. First there was the coronavirus, which caused all kinds of restrictions. Then a boulder broke loose on the Kühtai, blocking the climb. To top it off, terrible weather was predicted. But the organizers of Europe's most important gran fondo did not give up. They put their heads together and in no time at all they devised a new approach route to the Kühtai, via the Silzer Sattel. Steeper, and also good for 10 km and 200m+ extra. This brought the total to 235 km and 5700m+. 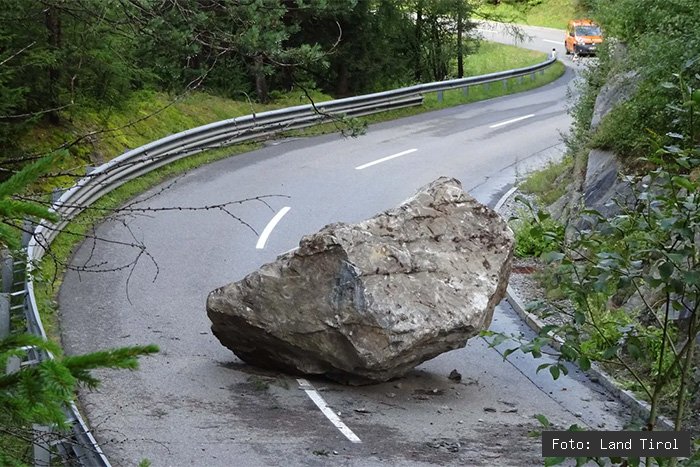 Even this organization couldn't change the weather forecast. But probably the Austrians were not very impressed by it either. The weather is often extreme at this gran fondo. It is often either very cold or very hot: something in between seems simply not possible for the ORM. However, they did come up with a very urgent clothing advice: take rain and very cold temperatures into account, which most riders took to heart. Riders of all levels were dressed in thick jackets, leg warmers, winter gloves and buffs. Even snow was not excluded - fortunately, that scenario did not happen. 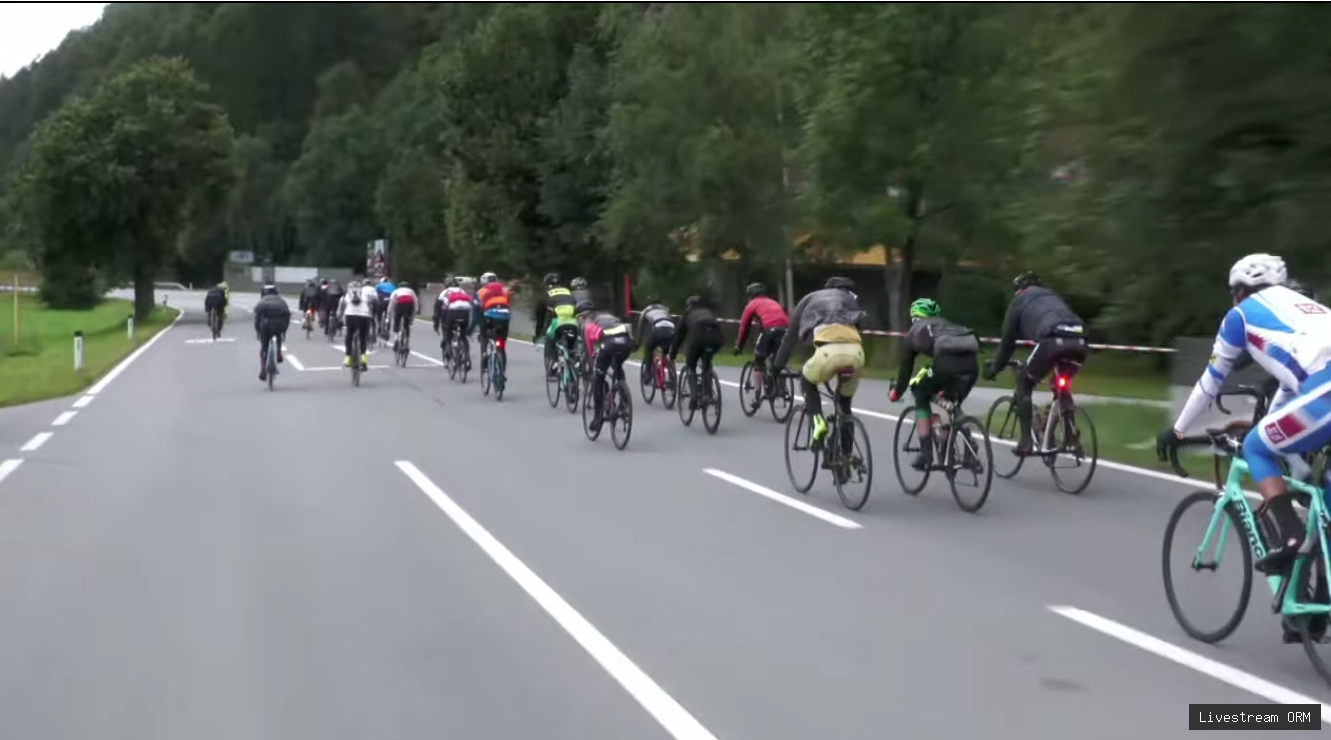 Some 1000 men and some 100 women saw little in an epic battle against the elements: they decided not to start. An unprecedentedly high number for a gran fondo for which interest is enormous every year.

The top riders were not bothered by the bad weather. They rode all day in cold, but dry weather. As always, the field of participants for both the men and the women consisted of many big names. Nothegger, Alleman, Hagenaars, De Marchi, Hoogerland, Glorieux, Cini to name a few. The Dutchman Bert Dekker, four-time winner of the Marmotte, was also at the start. Over 10 years after his last major gran fondo victory. Among the ladies, Christina Rausch, Monika Dietl, Sonia Passuti, IIls Van der Moeren, Nadja Priedling and Carla Mellema were there. Expectations were high.

In the men's races, the race already broke loose on the Brenner. Dekker had to abandon the race earlier due to a swelling stomach. But Glorieux and De Marchi knew they couldn't keep up with the best and decided to ride away. "I knew it was suicide. But sometimes the urge is too big," said the sympathetic Belgian from Team Corratec.

Tim Alleman also didn't have his best day: "I wasn't so good today. I went too fast on the detour climb and paid the price later on. Since a top-10 finish was no longer possible, I started the Timmelsjoch casually, so I could enjoy it a bit and not struggle at the end. P21 is my worst result ever. Still, I'm glad I got to ride this one."

The big favorite and defending champion Mathias Nothegger had to quit before the top with back pain. De Marchi attacked and rode the Jaufenpass and most of the Timmelsjoch alone; he seemed to be on his way to ictory. But that was beyond Johnny Hoogerland. The ex-pro had hidden well all day and in the last, very steep 8 km, made short work of the ex-pro of Androni Giocattoli. Hoogerland began the final descent with a few minutes lead, a lead he did not relinquish. Even cramp just before the finish could not prevent the Austrian resident hotelier from winning his first "Ötzi" in a time of 7h21. By the way, this was not his first victory this season. 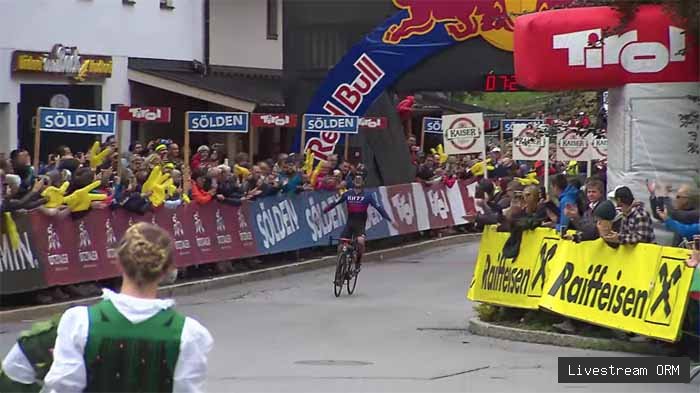 For places 2 and 3, a sprint wass necessary. De Marchi, meanwhile, had been joined by ex-Conti rider Hans-Jörg Leopold, who proved slightly faster in the sprint than the 2019 ORM's number 2. The fact that ultra cyclist De Marchi, who will ride a 700 km gravel stage in Granada next week, lost out did not surprise anyone. Both men could be satisfied with their performance. And so, of course, was the winner:

"The day went perfectly for me, even though I got cramp 5 km before the finish. On the Brenner I already knew I had very good legs. On the Jaufen I felt I could go even faster and on the Timmelsjoch I gave everything. Now that I live in Austria and train in the mountains every day, I've started climbing much better than when I was a pro. I was even a little emotional when I crossed the finish line."

Hoogerland had not suffered much from the cold. "I brought everything I had in the closet from home, but in the end I only started with leg warmers and a Gabba. In the end the weather was good for us and at the end I was only wearing arm warmers. This season I will ride the World Championships in Sarajevo and I don't have any real plans for the rest of the season.

From the finish of Hoogerland, it was waiting for the first woman. As is often the case with the ladies, it was a somewhat different kind of race; most of the ladies ride in groups with men of equal level rather than against each other. Favorite Christina Rausch, who also won in 2019, pulverized the competition and came in at 8h15. The gap with the number 2 (Germany's Veronika Weiss) was more than 35 minutes. Home rider Bianca Somaville completed the podium.

While the top riders were heading towards the a warm shower, the weather in the Ötztal got worse and worse. First the fog came, and not later the freezing rain. At that point, only around 700 of the total 2750 starters had entered. 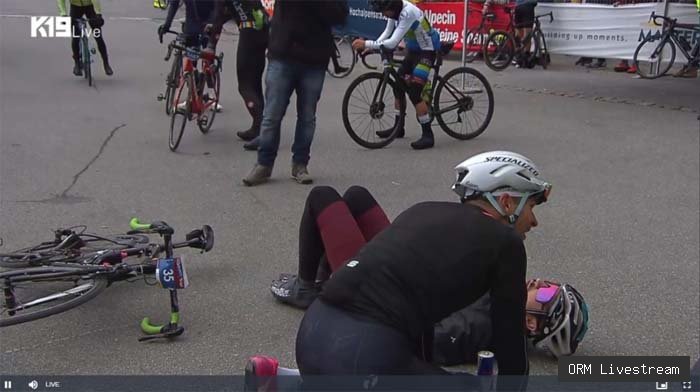 The images from the livestream were getting more intense by the minute. First fog, umbrellas and rain and more umbrellas. A little later running, swerving, lying riders and even heat blankets. One thing is for sure: there was more suffering than ever this year. Deep respect for all those riders who took up the challenge. An unprecedented number of 493 participants (17%) had to abandon the race, certainly no disgrace given the conditions. 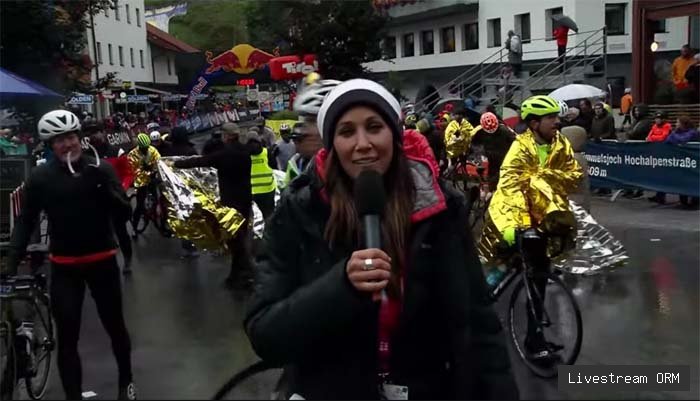 This anniversary edition of the Ötztaler is one to remember. 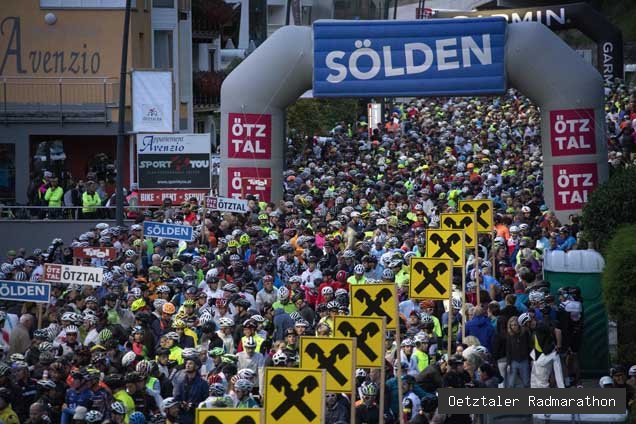 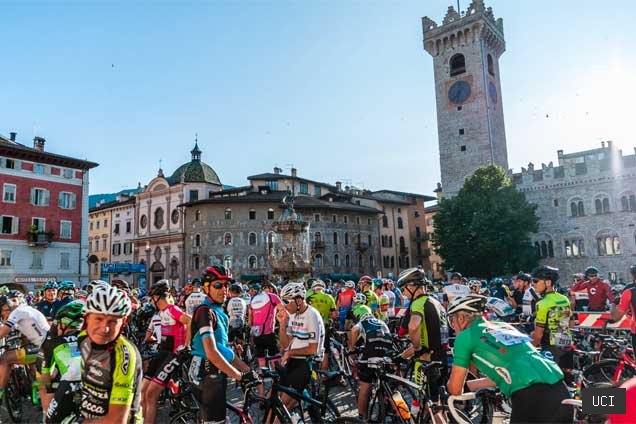