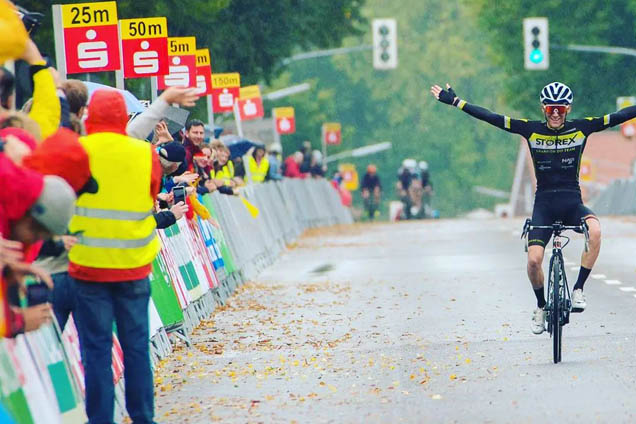 How I totally unexpectedly won the Münsterland Giro

Last minute, me and a few others decided to head down to Germany for the Sparkassen Münsterland Giro. The GPX published on the website announced a course of 130 km and 1,784m+. So this had to be tougher than the Schleck Granfondo. After the recon on Saturday however, it became clear to me that I could get rid of the first figure of the number of elevation.

As the results of past years made clear, this is actually a flat gran fondo, where there is usually a large group that sprints for victory. However, the weather forecast ensured that despite the slightly undulating course, anything was possible. When we collect our start numbers on Saturday, we see that everything is arranged perfectly. Unfortunately, I would have to start in starting block C, which would make even a top 100 impossible. Fortunately, there is still a place available for me in starting block.

Sunday is the day. There is a very strong wind, it's raining, but the temperature is not too bad. We leave Münster at 9.30 am sharp. The wet roads make this peloton ride immediately dangerous. After a few kilometers there is a big crash. My goal is to get to the front as soon as possible. That turnes out to be not so easy after starting far behind in the first section and some delay. 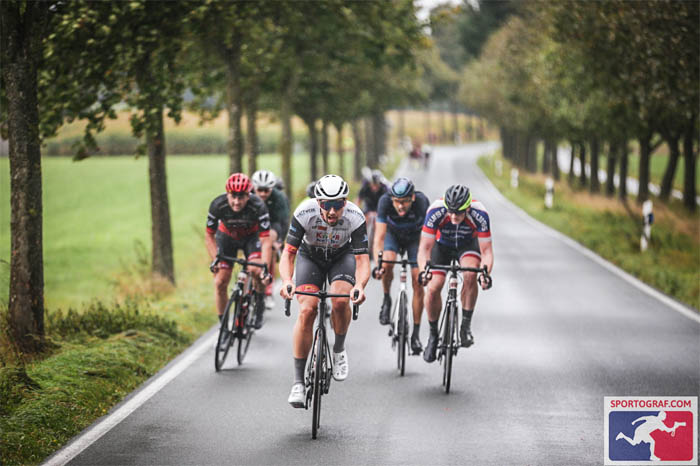 It was also noticeable that there were a lot of German teams riding along, who stayed together well and successfully managed to hold on at the front of the peloton. After some wriggling, some dangerous manouevres and even some pushing, after about 30 km we finally turn onto a first little climb with a grouped peloton.

The peloton is immediately reduced to a group of about fifty riders. Now we face the big roads (and also a small road with a big layer of mud which gave us a Paris-Roubaix feeling) with open plains and full side winds. This immediately makes it a lot harder. After I ride pointlessly for a while in front of the first group, there is an attack by some guys from well represented teams. I decide to react immediately and this turns out to be a good decision, because we immediately have a nice lead. My Storex Granfondo teammate Kristof Houben could just pick up his wagon and off we went.

How much of a lead we have is never really communicated, but thanks to the long wide roads, by looking back we can see that we have at least more than a minute. We work together nicely with the five leaders. I have to wait and see if I am less tired than the rest. In the beginning of the breakaway I didn't have the feeling to be the strongest of the group, except on the steeper parts.

After a very fast intermezzo of 50 kilometers and wind in the back, the wind suddenly blows quite hard. It promises to be a tough final that way, especially with the rain continuing for almost the entire race.

At about 30 km from the finish there is one last slope. I manage to get away and I hope that the group will come to a halt. The headwind makes it clear to me that this is still too far and pointless. So I wait and then attempt number 2... At 10 kilometers from the finish there is a fierce crosswind and I take over a little harder, causing some gaps. No one catches up and soon I gain about twenty meters. Very gradually my lead is growing, and fortunately with teammate Kristof I have the ideal jammer in the chasing group.

After some more fighting against the chasers and the natural elements, I see that I already have a nice lead, which also increases on the slightly ascending strips. After 3 hours of riding I can cheer at the same finish as the pros who would arrive a few hours later. Super and definitely unexpected! 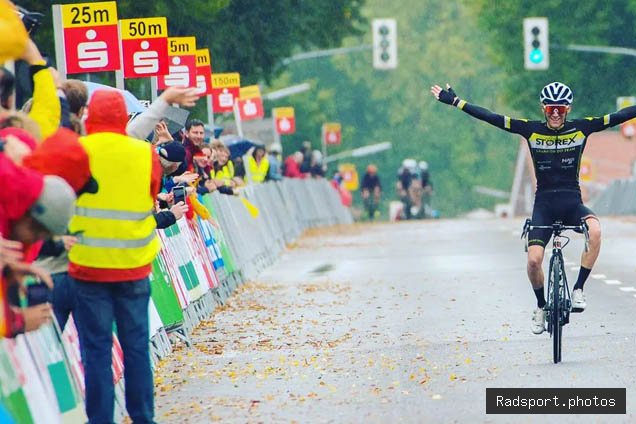 The organization of this gran fondo is awesome: roads free of traffic, dangerous points are nicely marked, enough signalmen and despite the dog weather also quite a few spectators! If there is one negative point, it is the lack of showers. The reason for this is the corona measures, the same measures unfortunately also ensured that there was no podium ceremony. As a result, there was not much to do after the finish, so it was important to quickly freshen up and go home! Let's hope restrictions in that area dominate less next year, and you have a perfect organization.