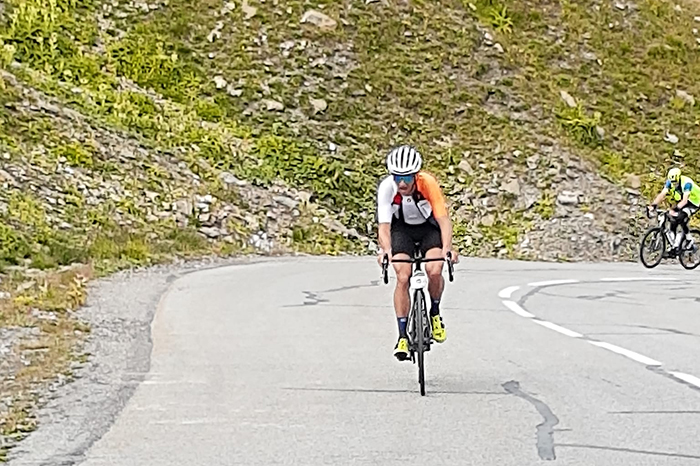 Swiss ex-pro Raphäel Addy's Marmotte victory is under fire. Several sources tell us that Addy initially refused to go to the doping control. The winner would have left immediately after the finish, only to return 2 hours later to be tested. Addy also did not appear at the podium ceremony.

According to the regulations, the organization has the right to remove Addy from the results, but reportedly they first want to wait and see what the French doping authority will do.

Already during the ride, there were doubts among other participants about Addy's performance. "He didn't feel his feet", "not normal", "the difference was just too big" and "much too strong" are some of the reactions of top-10 riders whose names are known to CycloWorld.

Addy himself says in a statement on Strava:

"I want to put everything in context before gossip takes on a life of its own. I got sick on the last kilometer of Alpe d'Huez and had stomach pains that made me vomit.  I pass the finish line, say a few words to the interviewer and continue on, only to vomit again a little further down the road. I didn't see anyone (not even a chaperone). I start my descent to Bourg d'Oisans. Once there, they call me to go to the control. It was my fault that I was not at the control, but I will do a blood check asap for all the hassle."

In that same Strava post, Addy's reading is contradicted by several eyewitnesses. According to them, Addy was waiting quietly, and took off right away as soon as it became clear that he had to go to the doping control. Maratona will check for motor-doping after allegations of winner Stagni