Ötztaler 2022: not great, but satisfied

The Ötztaler Radmarathon is perhaps one of the toughest gran fondos in Europe. A classic that has attracted large crowds for many years with a very strong field of participants. This year, due to a number of detour in the route, the distance was 232 km and a total of more than 5700 meters of climbing had to be overcome via 4 passes: the Kühtai, the Brenner Pass, the Jaufen Pass and finally the inexorable Timmelsjoch. 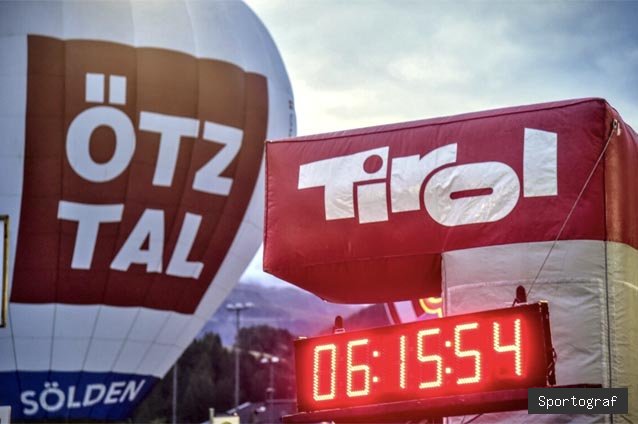 The start is in Sölden, Austria. On the weekend of the ORM, road bike fever hits hard there. As you expect with a big gran fondo, the whole village breathes cycling. However, from the Ötztal the "warm up tours" are limited so the day before the race you'll see hundreds of cyclists in the valley on the same main road going back and forth. It's really quite special.

Sunday, August 28 is the day! For many cyclists, the Ötztaler is the big goal for which they have trained for a long time. This is no different for me. The day before it rained in the afternoon and evening and the weather forecast has been adjusted from sunny to cloudy. The big question: what do you wear? The temperatures seem pretty good, not too hot, not too cold. But yes, the start is at 6:30. The Kühtai and Jaufenpass are over 2000m and the Timmelsjoch even over 2400m. The descents are long and fast and will there perhaps be a shower after all? At the same time, as soon as the sun starts shining just a little bit and you have to face the long climbs, it gets hot, very hot. You don't want to carry too much unnecessary stuff. In the end I decide not to pack too much and have a wind vest, arm pieces and long gloves on at the start. This turns out to be a good choice. Photo: Still a lot of clouds at the start. Eventually it would become fine cycling weather with only a few drops.

Full throttle from the start

We are in starting pen 1C, the third pen just before the big general second pen where the line extends beyond the village border. Great starting spots but not as front row as I had hoped. From the start it was full speed ahead! A furious peloton that rushes in a slightly downward line to the foot of the Kühtai. The first 31 km are covered in just over half an hour. Because it's going so fast right from the start it's almost impossible to move up in the peloton, so I only turn onto the Kühtai when the first group is already out of sight. However, don't worry, the Ötztaler is a gran fondo for the long haul. The number one tip that everyone who has ridden this event before gives you is: "Don't ride too fast up the Kühtai, you'll pay for that on the Timmelsjoch". Keeping your own pace is important. But then again, you know: the second mountain, the Brenner, is a gradual climb and you want to be in a good group there. So find the ultimate balance, not too hard, but not too soft either. 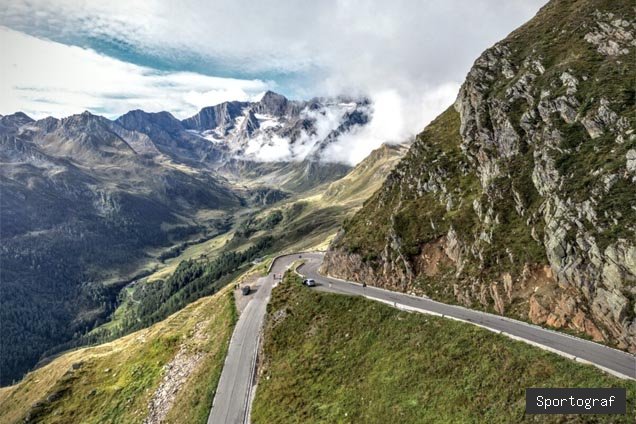 I can already feel it at the first climb, the legs are not good today. No, how can that be? Trained hard, prepared well, left in time to acclimatise. So you see, one day is not the other. It's not bad but the real wow factor is missing. You don't change that at that point, so just go. I see many other women on the first climb. Some I overtake, others overtake me. In many gran fondos it is sometimes difficult to find the other female participants but here it is absolutely not necessary. And they are good too! It may sound crazy, but that is fun. It motivates to cycle with others of the same level (or better).

After an hour of climbing I arrive at the top of the Kühtai. I know that the first ones are already far ahead and that I'm already way behind the top 10. However, that long breath is what I hope for at that moment. Although the legs don't feel top, the first climb didn't go too badly either. So who knows, it can still go either way. Maybe I'm the only one who has my pacing really good and everyone else makes a mistake on the last climb. You'll understand that this is wishful thinking, but a little overestimation at times can't hurt to keep up the spirit. The descent of the Kühtai is perhaps one of the fastest descents in the Alps. For some participants the highlight of the day, for others less so. My descending skills are fine, however a small slip not so long ago has nestled itself in my head with the result: it's not going well. I lose a group, and another group and the seconds and minutes are piling up. 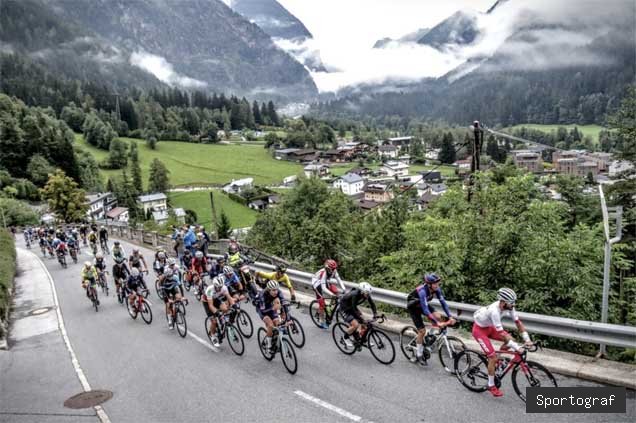 Photo: the breakaway, with Tommaso Elettrico in the lead (red shorts) and behind him Johnny Hoogerland.

With each group you lose, you know you're not just letting go of opponents but also allies you can use on the intermediate sections and less steep kilometers. This includes the next mountain: the Brenner Pass. 36 kilometers from Innsbruck to the border with Italy. Low gradients, nice! Resting for a moment. Kilometer 145, the start of the Jaufenpas, or rather Passo di Monte Giovo, we are in Italy. This is where it really starts, I heard yesterday at the campground. We've been on the road for 4,5 hours anyway. The Jaufenpas is 16 km and very even. Almost everywhere 7%. Again, some people thrive on this, others hate it. I have a good rhythm and I actually pick up quite a few riders on this mountain! I get good courage and throw myself with confidence into the descent.

Photo: Nicolien on the Timmelsjoch.

We are almost there, just one more climb: the Timmelsjoch. For almost everyone, this is survival. The legs don't want to go, the power is gone and the top is far away: 29 km and 1800 meters of elevation to overcome. I too am far from achieving the power numbers I would like. So my pacing was unfortunately not superior to the others (totally unexpected of course). A coke at 5 km from the top gives another little boost, the top is reached and it starts to rain. Fortunately, the rain doesn't really come down and we can get to the finish without any injuries! 8 hours and 55 minutes. A big gap to the top 10 but I have fought for what I'm worth this day and today that was good for a 17th place.

More than 4100 participants started this monster tour and 3566 finished it. For everyone, man or woman, and every level, a tough challenge and it's great to see how many cyclists are willing to do this. A battle with others, but especially with yourself!