The highlights of the Giro for gran fondo fans

Gran fondo organizers often opt for a proven concept with the same iconic routes. For the designers of the three grand tours in professional cycling, it is a puzzle every year to create a combination of the usual suspects and new, challenging roads through beautiful regions. With the presentation of the course of the Giro d'Italia, we at CycloWorld kick off a trilogy: what do you look forward to in the grand tours as as GF riders?

In recent years, the Giro's course builders have managed to lay down a beautiful course each time that guarantees cycling spectacle. The route of the 2023 edition is already described by experts as very tough and expectations are high. There is also plenty for the cyclorider to enjoy from the couch in front of the TV.

#1 - Through the Heart of Italy

The real Italy begins south of Tuscany it is often said. Rugged nature, palm trees, azure sea, cities full of passion and passion interspersed with picturesque villages hidden in hills and mountains and.... an underrated environment when it comes to cycling. Koen Bouwman's stunning victory, Tom Dumoulin's last real feat and Mathieu van der Poel and Thomas de Gendt's crazy criterium race in Naples are still fresh in our memories. All in the heart of Italy. There are not many gran fondos in this part of Italy. However, left and right in the vicinity of the Giro course are some gems with great names, such as the Gran Fondo del Vulture, Gran Fondo Citta dell'Aquila and Gran Fondo Campania. Then expect mainly routes up to 130 kilometers in which it never gets flat and often more than two thousand meters of climbing have to be overcome.

#2 - To the oldest gran fondo in the world

Stage 8 takes the riders from Umbria (Umbria) to Le Marche (the Marches). Climbing hotspot Cagli will be visited, but unlike in 2009 the really tough climbs will be avoided. Indeed, a course is set towards the Adriatic coast. Via the outskirts of Cesenatico, it will go to Cesena in stage 9. And whoever says Cesenatico, says not only Marco Pantani, but also Nove Colli. With edition 52 in 2023, not only the oldest but perhaps one of the most famous gran fondo in Italy. The Nove Colli (and Marco Pantani or vice versa) was honored by the Giro in 2020 with its own stage (#12). On May 21, 2023, a week after the Giro finish, over twelve thousand participants will again brave the nine (Nove) hills (Colli), two hundred km and 3,800m+.

Stage 13 takes the riders to Crans Montana. No unfamiliar area for us, as last year CycloWorld visited the area. The riders ride up the Croix de Coeur, which of course we know from the Tour des Stations. Fun fact about this col is that (like La Planche des Belles Filles, for example) it was made famous by a GF, and only after that came the pros. In the Giro, however, they take the other side than the final climb of the Tour des Stations. This side is descended. The road surface here is so bad that there is a good chance that new asphalt will be laid. Photo: Col du Crans-Montana with some four-thousanders in the background. © CMTC-PatrickGüller.

In addition, this stage includes the Cima Coppi, namely the Great Saint Bernhard Pass, at 2469 meters altitude. The final climb to Crans Montana is not extremely tough, but it is long. That one is going to hurt after the two earlier cols that day. By the way, the Tour des Stations is certainly not the only GF to visit the Valais region. Haute Route will even organize a complete three-day event from Crans Montana in 2023. In it, among other things, the beautiful climbs Lac de Moiry and Col du Sanetsch. The Giro omits these deadlifts for logistical reasons.

The Tour of Lombardy has had a knack of changing routes every time in recent years. We wouldn't be surprised if stage 15 is a trial balloon for yet another route change in one of the upcoming editions of the Race of the Falling Leaves. Unlike the pro race, the Gran Fondo Il Lombardia has been following the same classic route over the Muro Sormano and the Madonna di Ghisallo for several years. CycloWorld was there in this crazy cycling spectacle in 2021. 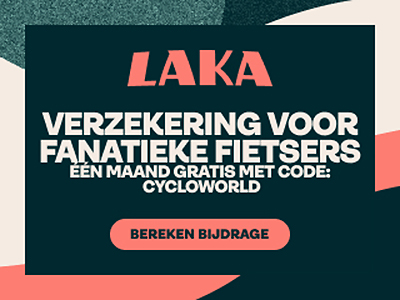 Developed by and for cyclists

The first bike insurance that caters to the needs of the avid cyclist, gravel rider or MTB rider.

After a three-year absence, the Giro returns to the iconic Monte Bondone. We know this slope, of course, from the GF La Leggendaria Charly Gaul, which unfortunately no longer exists. The Bondone was also the center-piece of the 2022 UCI Gran Fondo World Championship. The nice thing about Monte Bondone is that you can ride up it from different directions. In the Giro, the riders ride up from Aldeno. 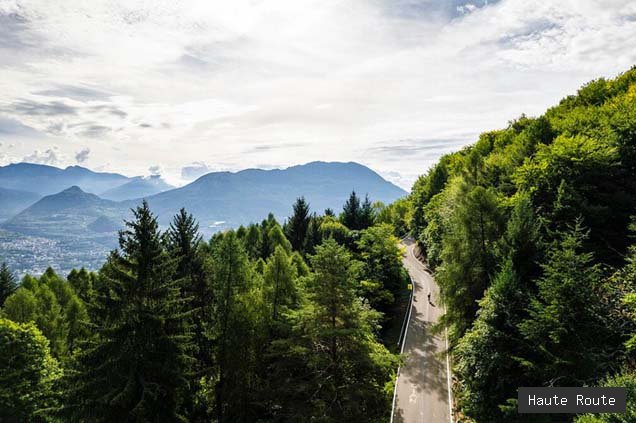 In stage 18, the peloton is just steps away from the area where one of Italy's most important gran fondos takes place: the Sportful Dolomiti Race. GF's are important in Italy, and regularly the organization of the Giro incorporates the route of a famous event into the course as a tribute. So too in 2019, when the pros followed the Sportful's route.

#7 - Tribute to the Maratona

For many GF riders, the Maratona dles Dolomites has iconic status. It is (rightly) among the great gran fondos (along with La Marmotte and Ötztaler) that you must have ridden once. The Maratona owes that status in part to the Giro. The climbs in this part of the Dolomites are a regular recipe in almost every edition of the Italian grand tour. After the start in Longarone, the riders ride along the route of the Gran Fondo Del Dragone in Belluno. After 75 kilometers, stage 19 enters the Maratona route in the opposite direction at Pieve. The Campolongo and the Valparola will be climbed from the other side and the Falzarego will be descended. Just before the Colle Santa Lucia, the Maratona course will be turned back to ride up the sacred steps of the Dolomites, the Passo Giau. No arrival in Corvara for the riders. Tre Cime di Lavaredo is the final destination after no less than 5,300m+! Participants of Haute Route Dolomites know what it feels like to finish here. What a setting! Rick Groeneweg finishes on the Tre Cime in the Haute Route.

A well-known Italian saying is: Quando arriva il Giro, prendi una nuova strada. Which means as much as, 'When the Giro arrives, the road will be repaved'. This will certainly hold true for the penultimate and 20th stages in 2023. The Santuario della Monte Lussari can now only be reached via a gravel path or by cable car from Traviso (starting place of the climbing time trial). Our local source and top contender Johnny Hoogerland, tells us that work on the new road has now begun. In the beastly climbing time trial to Monte Lussari, where the first five kilometers of the climb average 15.3%, the Giro may yet be turned upside down. Little can be said yet about the times on the climb. The current Strava segment stops after the first five kilometers and the KOM stands at about 29 minutes. In the coming months, there will be pioneers setting first times. Exploring the area by bike and visiting stage 20? Tip: Pension Hoogerland of hosts Johnny and Gerda just across the border in Austria.

Rome, the eternal city. The city where, when it comes to the Giro, the age-old saying 'All roads lead to Rome' is far from true. Indeed, in the previous 105 editions, the finish of the Giro was only in Rome in 1911, 1950 and 2009. The explanation, however, is very simple. The seat of the organizing La Gazzetta dello Sport was in Milan and so it didn't make sense to finish in Rome. But if you have a little historical sense, your mouth will be watering on Sunday, May 28. Go for it: Circus Maximus, Forum Romanum, Piazza Venezia, Spanish Steps, Villa Medici, Piaza del Popolo and, of course, the Colosseum. That combined with a clear blue sky, a fantastic pink jersey and ten laps to go. Rome, you won't get more beautiful than that! For the GF rider, there's also something to take in: the Gran Fondo Campagnolo Roma on October 8, 2023, one of Italy's most beautiful granfondos and a true classic in that country. Great season finale. The highlights of the Tour for gran fondo fans