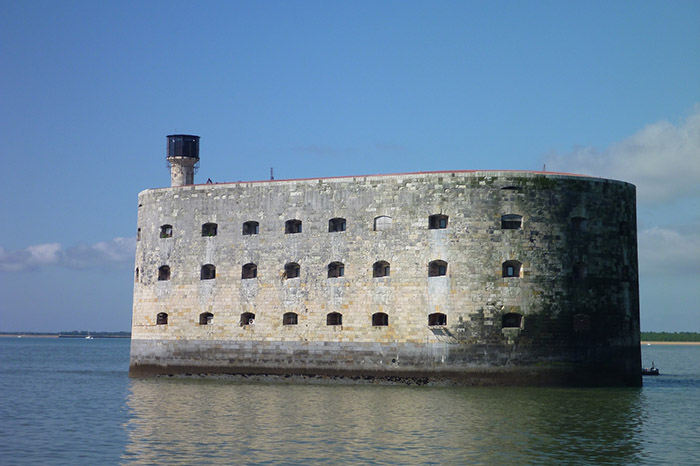 CycloWorld heroes the Tour de France. In a series of articles we focus on the stage cities and the gran fondo's and sportives of thee region. Today: stage 10, which starts from Château d’Oléron.

The starting point of today, Château d'Oléron, is a special one. It is located on the island of Oléron, just off the Atlantic coast. It is certainly not the first time that the Tour visits an island. In 2013, the 100th Tour still started in Corsica. By the way Île d'Oléron is connected to the mainland by a bridge. The town itself (about 4000 inhabitants) makes a somewhat dilapidated impression. Fort Boyard, known for the television program of the same name, is close to the coast. A fortification and some colored cabanas are the main attractions of the town. From the dock you have a beautiful view of Fort Boyard.

Île d'Oléron is not far from La Rochelle. That is a cozy French seaside resort, full of terraces. The island itself is full of mussel and oyster farms. It has a nice difference between the west coast with long wide beaches and high waves (surfing!) and the east coast where the nurseries are located. Cycling on the island is not very special.

It's not very surprising that no gran fondo's or sportives are organized near the starting point. For that we have to drive almost 2 hours to the east, to Anais. From there the GF La Paul Poux is held. From the figures of the longest distance (150 km / 1365 m) you can see that it is a bit less flat here than on the coast, but it certainly doesn't make much difference. You're in for small country roads, beautiful landscapes and a strong Atlantic wind. The event has been cancelled this year and normally takes place at the end of April. It is worth mentioning that part of the revenue of this event goes to charity. Really a gran fondo that you won't make a detour for, but which is fun to do if you happen to be in the neighbourhood.

In the next edition: Châtelaillon-Plage.