Denmark is the setting for this year's Tour start. And not only of the start, because after the prologue in the city of Copenhagen, there are also two normal stages on Danish soil. Especially for the cycling press, Visit Denmark organized a press trip with the purpose of finding out more about Denmark as a cycling country. And of course all the ins & outs of the Danish passage of the Tour were discussed. CycloWorld was there.

If I wanted to go on a press trip on behalf of CycloWorld to Denmark? You bet, I jumped in the air and counted down day after day until the moment of departure. And then the day had arrived.

The first day is spent on the discovery of the capital of Denmark, Copenhagen. A beautiful, vibrant city that is full of yellow and cycling, especially for the Tour. We get to know Sander and Neal, a happy duo who do prove themselves to be good organizers/tour guides through the trip. After we left our luggage at our hotel, we were rushed to meet the mayor of Copenhagen, Sophie Haestrop Andersen. It quickly became apparent from our interviews that she is a sporty woman. If you manage to get approval for an investment of 100 million euros to invest in cycling infrastructure and ride from Copenhagen to Paris by bike in 1 week, then you do score points in my cycling heart. Photo: It's not flat in Denmark.

Before dinner, we get a presentation from the Tour manager of Copenhagen. Then we move on to the most exciting part of the day, which is the exploration of the prologue in the capital. Here we would find out, is it something for Ganna, Van Aert, Asgreen or still Van Der Poel? What we learn from the recon is that the first part is mainly made up of long tempo sections, with a small cobbled climb and technical sections at the end. We did notice that there is a section on cobblestones with deep, wide joints. I have suggested to the organization that it is not safe for the thin tires of the time trial wheels. Hopefully this will be followed up. After the ride, we are released into the city. The weather is nice and I decide to take another tour along the Copenhagen Lakes with Felix Krakow, a German reporter. After all, I'm here to ride, too! After an hour, we return and get ready for dinner at a hip burger bar. After dinner, we take an evening walk and then head back to the hotel. The next day we get ready to explore the first regular stage. Immediately it becomes clear that Denmark has no flat but a rather hilly landscape. The succession of climbs have their effect on the legs after a while. But I have a good week. I really enjoyed myself from start to finish and turned it into a real training session. Interval, going up climbs, letting the group ride and then closing the gap... Everything was a just perfect. At a certain moment we were passed by a pro of Uno-x pro Cycling Team. I jumped out of the group and rode with him for a few km, then took over. But the rider in question was not amused so I let him ride. But we can tick that off from the bucket list as well. Photo: the infrastructure for cyclists is in perfect order.

After a day of up and down we arrive at a place where the local television wants to do an interview of us. It's clear to us: Denmark wants to promote the Tour de France regions. And rightly so, because it is beautiful here. After a short interview, we take an oldtimer bus to the beach hotel. Conclusion after the exploration of stage 1 of the Tour: this one will be for the sprinters, but will they survive the echolons in Denmark? That chance is very high and it will be decisive in choosing a favorite. Excitement guaranteed.

Day 3 starts with a refreshing moment. We get the chance to do a Danish morning dive in the sea. Eventually the three of us are shivering by the sea. Tienke, Felix and I go for it. After some hesitation we enter the water. After a hot shower and a nice breakfast we left for another day of Danish roads. We will now explore the second stage. We are now moving away from the coastal roads a bit and heading more inland. The region of Vejle has been chosen for this ride. It doesn't tell you anything? Me neither but it quickly became clear why they chose this. Photo: A day in yellow.

The terrain can be compared a bit to the Wallonia in Belgium. In terms of landscape, it looks a bit like a Walloon classic. While there is no Wall of Huy or a Saint Nicolas, they try to create some of it here. This ride was a lot of fun to experience. I see myself as an all-round rider. A little climber, a little time trialist and a little sprinter. And I think there is something for every type of rider. What is also striking is that each region is doing its best to promote itself. Outside cycling we have seen churches, a shipyard for Viking boats, visited a vineyard with wine tasting, and eaten and drunk a lot of Danish specialties. The trip was a good mix of sports and energy replenishment. Visit Denmark (in cooperation with the Danish Tour Committee) made it a fantastic trip. Sander Kolsloot and Neal Beentjes have done their utmost, the organization was perfect. I had a problem with my bike, in no time a replacement bike was arranged. During the trip I learned the best way to describe the trip and that is with the quote "sick bro!

I learned that Denmark is surprisingly versatile as a cycling country. Much more than I expected beforehand. Not nearly as flat as the Netherlands or the Flemish coast. The country is perfectly suited as a training area or to ride a nice cycling event. You'll find in our calendar no less than 39 tours for road bikes including some gran fondos, 11 gravel sportives and 3 mtb events. 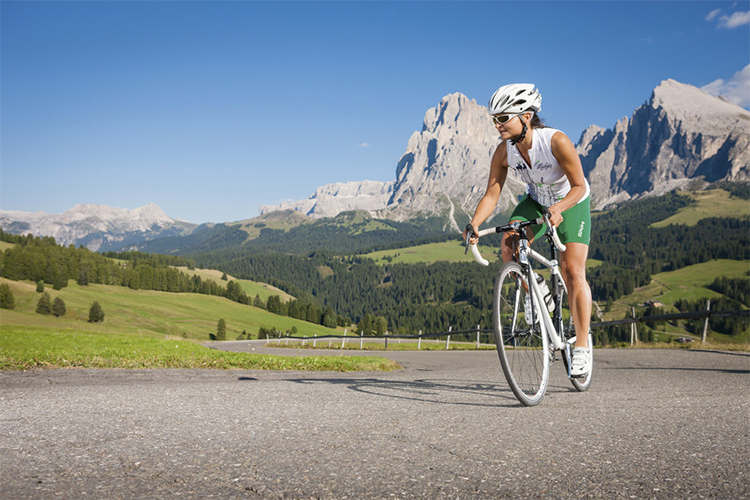