These countries will host the next UCI Gran Fondo Worlds

September 18 is the day: the official UCI Gran Fondo World Championship. Slowly, this event is starting to become a goal in itself for many GF riders. Besides the classic races such as the Marmotte, Maratona, Ötztaler, the UCI WC GF has managed to gain a permanent place on the calendar in recent years. And let's face it: you don't come any closer to a real World Cup, organized by the world cycling organization UCI, as an average joe. After qualifying, you may even defend your country's colors against your own peers in the official race kit. The ultimate prize: a UCI rainbow jersey that you can and may wear for a year. 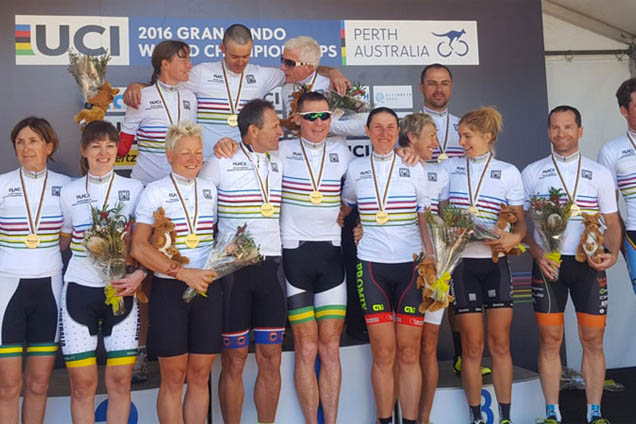 During the UCI WC GF, the "youngsters" cover about 150 to 160 km. The older age categories often ride part of the same course, but shorten it to about 100 to 115 km. This year the world's best gran fondo riders will battle in the northern Italian city of Trento. On a selective course it will be a true feast of climbers. Read our preview here.

The UCI not only promotes the sport of cycling through the UCI GF World Championships, but also its mission to further globalize it. CycloWorld looks ahead to the editions of the coming years and gives a brief analysis of the (expected) course of the World Championships from 2023 to 2028. 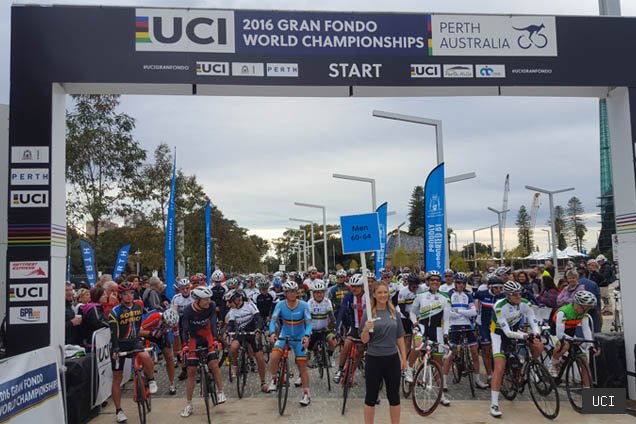 In 2023, the World Cup will take place in Glasgow. Great Britain or rather Scotland is the host country. The 2023 edition is a special one. The UCI decided several years ago to organize a so-called SUPER World Cup once every 4 years. All disciplines, from road to MTB and from track to para cycling, will take place at one location. 2023 will be the first edition and Glasgow will have the premiere. And as they say themselves, The Biggest Cycling Event Ever!

How cool is it to team up with all those other celebrities from your country and compete for gold, silver and bronze in your discipline? The exact date for the UCI WC GF is not yet known, but the WC will take place between Aug. 3 and Aug. 13. No details are yet known about the course, but given the environment and the course of the 2018 European Championships, it will be a race that is constantly up and down. The 2018 city circuit had a length of 14 km with 200 m+ per lap. The Scottish weather can be harsh even in August, so the comparison with the Flemish Ardennes is easily made. Latest info from the organization can be found here.

Aalborg is no stranger to the gran fondo circuit. In 2015, it hosted the precursor to the current UCI World GF Championship, namely the UCI World Cycling Tour Final. Check out the results from 2015 here.

It was already known that the Danes are a cycling-mad people, but the exuberant celebration of cycling in the past Tour de France was unprecedented. Enthusiastic crowds should therefore certainly be expected at the UCI WC GF. The course will have many of the same features as that in 2015 (see in our Komoot the 2015 course). A route with short climbs of 500 to 1,500 meters long of up to 10% with fearsome viking names such as the Redbildvej, Kridtbakken and Ærtebjergvej. In the open landscape of North Jutland, the wind will certainly be a determining factor. So expect a fast World Cup, where fans will form and small groups will compete for the coveted medals.

After 2016 in Perth, the World Cup is back in Australia. The location of the 2025 World Cup is heralded by many as Melbourne. But it has been brought in by the state of Victoria, of which Melbourne is the capital. It is more than likely that the World Cup will take place in the area southeast of Melbourne. The region is known for such events as the Amy's Gran Fondo, the Great Ocean & Otway Classic Ride and the Cadel Evans Great Ocean Road Race. But also from the Jayco Herald Sun Tour and the 2010 World Road Championships in Geelong (where Thor Hushovd became world champion).

Date: September 2025, at the beginning of the Australian summer. The course will most likely be rolling along the Surf Coast where the wind often has free rein. Perhaps the organization will choose to put the Challambra climb (1.5km / 7% / max. 22%) in the course to bring some shifting into the race. 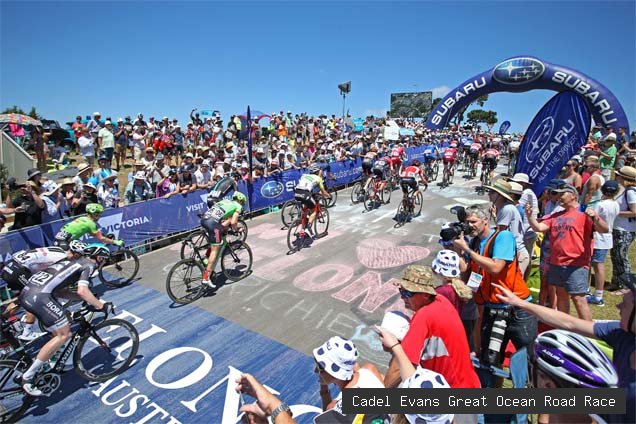 In 2026, the UCI WC GF crosses the Atlantic Ocean to the French-speaking part of Canada. In the area that also hosts the GP Québec and GP Montréal for the professionals, cyclocross is also unprecedentedly popular. The organizers of the Classique des Appalaches and Velo.Victo.Fest are sure to ensure a great cycling fest during the 2026 Indian Summer. After all, according to the locals, the (foothills of) the Appalachians are at their most beautiful in September, so the scenery will be awesome.

Velo.Victo.Fest has been included for several years in the UCI Granfondo World Series and each year draws a hilly course similar to the climbs in the Eifel. The Velo.Victo.Fest course can be found in our Komoot. We can assume for the UCI WC GF that a course of about 130-150 km will be built by the Canadians with about 2,000 to 2,500 meters of climbing.

Hot news: After the successful WorldTour races in Quebec (09-09) and Montréal (11-09), the organizers of those races announced that they have been given the green light by the UCI to add a third WorldTour race to the Canadian program. Organizer Sébastien Arsenault confirmed that ambition in an interview with WielerFlits. The organizers want to add a broader framing program that includes gran fondos. CycloWorld would not be surprised if the UCI GF World Cup in 2026 is included in this program. In early September 2026, Victoriaville, along with Quebec and Montréal, will then be the world cycling hotspot for 2 to 3 weeks, especially given the almost certain organization of the "big" World Cup in Montréal in 2026.

In 2027 there will again be a SUPER World Cup. The Netherlands has long been in the race to host this World Cup. But in the end it turned out that the financial picture could not be completed and the organization withdrew early this year. The latest reports indicate a serious candidacy from the Haute Savoie department in France. Update: this is now confirmed. During the big UCI conference in September, more will normally be known about the 2027 Super World Cup and also the 2027 UCI GF World Cup. Just wait and see. CycloWorld will of course keep an eye on the updates. 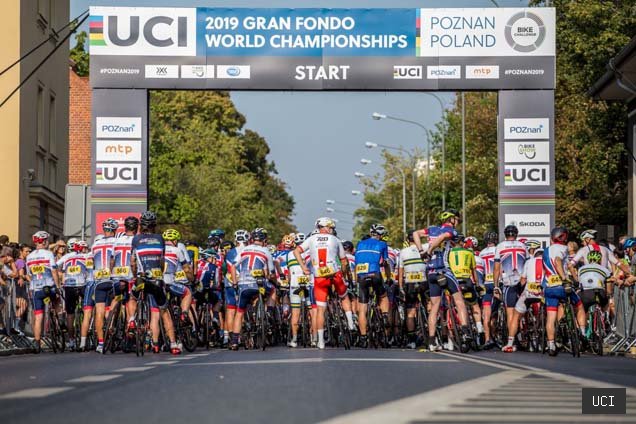 The United Arab Emirates is stirring fiercely to become more sustainable. They are doing so by investing heavily in cycling infrastructure (including >1,000km of bike lanes) and promoting cycling. The UCI is eagerly jumping on this (partly perhaps because of a nice financial injection), especially with the UAE's commitment to the UCI's "Cycling for All" program. The UAE Tour has been the cycling showcase in the great sandbox of the Arabian Peninsula for years. With the granting some UCI World Cup events, the next step has been taken and the UCI GF World Cup in 2028 is one of them. It will then be the first time the UCI WC GF will visit Asia.

Little is yet known about the course, but the Yas Marina Circuit (known from Formula 1) as the venue for (part of) the races will be very likely. At CycloWorld, we are of course hoping for a finish at the Jebel Hafeet or the Jebel Jais, but that will be unlikely given the distance to/from Abu Dhabi. We'll wait and see. Arab course builders have surprised us before, and there is still plenty of time until 2028 to build, literally, a beautiful new course. "You're getting older daddy," a stretchable concept

UCI WC Gran Fondo: the reactions of the key riders